The two-year state budget approved by ministers on Monday includes for the first time a special allocation of NIS 625 million (nearly $ 195 million) to fight climate change.

The complex 2021-2022 national budget must now go through committee stages and three Knesset plenary readings by the November 4 deadline.

The money, which will be allocated over two years to help fund a five-year program, will allow the Department of Environmental Protection to advance initiatives in renewable energy, green transportation and clean air. , help local authorities create programs to deal with climate change and invest in environmental research and new technologies, among others, according to a statement from the ministry.

Other ministries, such as energy, transport, economy and education, and the Israel Land Authority will also receive undisclosed funds to help them implement a multi-year government plan to reduce emissions. linked to global warming which will be presented in the coming weeks.

It is not yet known whether these sums will be added to their base budgets or will be allocated within them.

By registering, you accept the conditions

All of this funding will be used to meet Israel’s updated greenhouse gas emissions reduction targets submitted to the United Nations Framework Convention on Climate Change last week.

In addition, a sum of NIS 550 million (approximately $ 170 million) will be allocated to enable the ministry to help Arab municipalities prepare for global warming and modernize their waste disposal systems with better oriented infrastructure. towards more recycling.

The Environmental Protection Ministry’s base budget for operating costs will be NIS 340 million ($ 105.5 million) per year for the two years, according to a ministry spokesperson.

In addition, money from the government’s Clean Fund, generated from landfill fees, will be used for ministry initiatives to reduce the use of disposable plastic and clean up beaches. 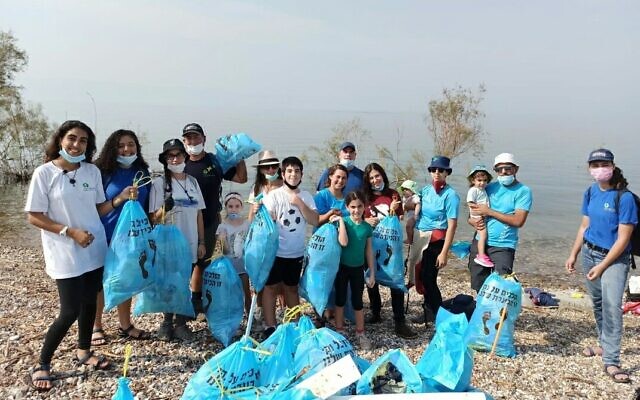 Volunteers in Israel’s Beach Cleanup Efforts, October 30, 2020 (Society for the Protection of Nature in Israel)

The Ministry of Environmental Protection also said various environmental reforms were spelled out in the Economic Arrangements Bill accompanying the state budget, which received preliminary approval on Monday.

The reforms include a carbon tax on emissions from global warming, initially sourced from fossil fuels, a tax on disposable plastic and the addition of 46 staff positions in the licensing unit.

The ministry’s ability to influence the terms of business licenses will, however, be drastically reduced with plans to reduce government-wide regulation by creating a new business licensing committee within the prime minister’s office.

The proposals, which have long been under development at PMO, aim “to remove barriers and accelerate business activity”, according to the text of the draft law on economic arrangements.

“The need for the current reform is due to the difficulty of companies facing strict and complex licensing requirements,” he said.

Environmental Protection Minister Tamar Zandberg warned last week that the move would leave the ministry “with responsibility but no authority”, posing a risk to public health and the environment. 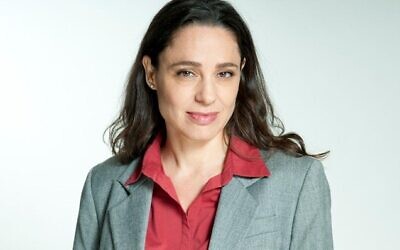 Maya Jacobs, director of marine conservation organization Zalul, said the government was destroying the ministry’s ability to protect citizens from air pollution caused by industry and was handcuffing the power of local authorities to limit industrial pollution in their communities. areas of jurisdiction.

“We don’t know which will kill us first, environmental pollution or the climate, but in any case it is a death penalty for public health and nature,” she said, adding that the government had bowed to pressure from the owners of polluting industries. .

The last state budget adopted was that of 2019, before Israel entered two years of political stalemate under then Prime Minister Benjamin Netanyahu. If the new budget is not passed by November, a key challenge for the coalition which holds an extremely narrow parliamentary majority, the Knesset would automatically dissolve and new elections would follow.

The climate crisis and responsible journalism

As an environmental reporter for The Times of Israel, I try to convey the facts and science behind climate change and environmental degradation, explain – and criticize – official policies affecting our future, and describe the Israeli technologies that can be part of the solution.

I am passionate about the natural world and disheartened by the dismal lack of awareness of environmental issues among most of the public and politicians in Israel.

I am proud to do my part to keep The Times of Israel readers properly informed on this vital topic – which can and must lead to policy change.

Your support, by joining The Times of Israel community, allows us to continue our important work. Would you like to join our community today?

Join the Times of Israel community Join our community Already a member? Log in to no longer see this

Are you serious. We appreciate this!

We are really glad you read X Times of Israel Articles in the past month.

That’s why we come to work every day – to provide discerning readers like you with must-see coverage of Israel and the Jewish world.

So now we have a request. Unlike other media, we have not set up a paywall. But since the journalism we do is expensive, we invite readers for whom The Times of Israel has become important to help support our work by joining The Times of Israel community.

For as little as $ 6 per month, you can help support our quality journalism while benefiting from The Times of Israel WITHOUT ADVERTISING, as well as access to exclusive content reserved for members of the Times of Israel community.