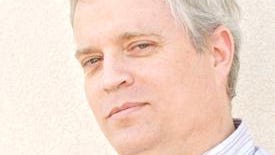 Lost and Found and Second Chance Deals around Lubbock

Investors want change, but founders like Mark Zuckerberg are holding them back

CryptoSpend co-founder Andrew Grech said more crypto investors will be looking to cash in their trading earnings in stores. “Spending it directly is a more convenient way to sell it,” he said.

“We have a lot of requests for the card. If the market is green, someone might say it’s time to spend some of my profits. On the other side of the fence, another person might say it’s going to keep going up, I’m going to hang on to it. But we have seen more volume of spending when the price goes up. “

Mr. Grech and his other co-founder Richard Voice met in a class at UTS three years ago, where both were studying business and information technology. They are now based on the UTS Startups hub. Visa has put the couple through a rigorous process to ensure the privacy and security of user information and to ensure that anti-money laundering requirements are met.

The card will be issued by Novatti, listed on ASX, and is expected to go on sale in September. Custody of crypto assets is handled by BitGo, which holds a custodian license in New York. It will also allow users to spend other cryptocurrencies including Ripple, Bitcoin Cash, and Ethereum’s Ether.

Visa has already approved the issuance of spending cards for some global bitcoin exchanges, including Binance, but these are not available in Australia. Crypto.com has a Visa debit card for Australian users, but the card is not issued in Australia and its use is restricted. BTC.com.au allows users to spend crypto funds with an EFTPOS card, but it does not operate its own wallet.

Mastercard entered the crypto spending space last year as part of a partnership with BitPay, and Mastercard said in February that users of its network are increasingly using crypto cards to convert crypto holdings into traditional currencies for spending, describing the “unmistakable” trend.

Mastercard said its philosophy on cryptocurrencies is to make it easier for customers to choose. “We’re here to empower customers, merchants and businesses to move digital value – traditional or crypto – as they see fit. “

Visa said in a blog post last week that the value of crypto assets held in regulated digital wallets is in the hundreds of billions of dollars and that it is developing relationships with 50 crypto platforms, including FTX, Coinbase, Crypto.com and CoinZoom, to make spending easier. .

Visa said more than $ 1 billion had already been spent on encrypted Visa cards in the first half of 2021. “For the tens of millions of people using these platforms, one of the easiest ways to spend money is crypto is through a Visa card, ”the company said. “We are seeing digital wallets and crypto platforms creating payment products entirely with digital currency. “

CryptoSpend is already tied to the RBA-backed ‘New Payment Platform’ (NPP), which allows its users to instantly transfer crypto balances to Australian bank accounts. Customers can already pay their bills using crypto balances through the app.

CryptoSpend, which launched last October, said it is increasing the number of users by 100 per month and expects this to increase when the Visa card hits the market in the next few months.

The Visa card was designed as a “zero balance” card. Fiat is not loaded on the card; the balance is rather variable and draws directly from the value of the crypto in the wallet. It is not regulated as a stored value facility and balances are not guaranteed like in banks.

Mr. Voice said the service will be pushed into the mass market. “You will see some people hold on until bitcoin hits the X price, but you will find other people saying” I won $ 400 today, I will use the CryptoSpend card at the pub tonight ” . “